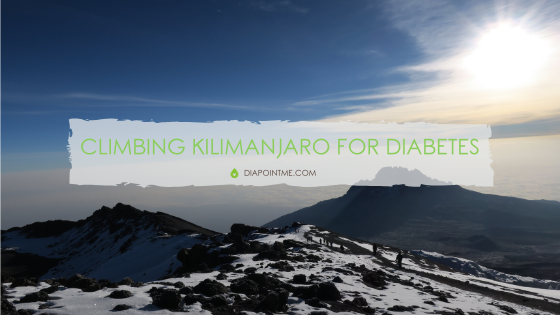 Today as I was searching my hard drive for a video I made last summer for a new course I will launch, I came across many old family videos.

My son and I are both home sick with the flu this week, so I took a work break and we spent some time having a few TBT moments. We watched him play his toy guitar and piano, and many other adorable moments. Going back in time made both of us forget about our coughing and sneezing for a while.

As I continued to look through the files, I recalled the time Dr. Sarper Tanli, our Executive Board Member, climbed Mt. Kilimanjaro just a few Januaries ago. He climbed to Everest Base Camp back in 2007, and he had been wanting to climb another mountain. The group he went with supported a charity during their climb and visit to Nepal, and this expedition would be no different.

Since our son has Type 1 Diabetes, he dedicated his climb to him and to finding a cure for diabetes. He climbed for the local Dubai charity, the Al Jalila Foundation. At Diapoint, we were incredibly excited to sponsor his trip. 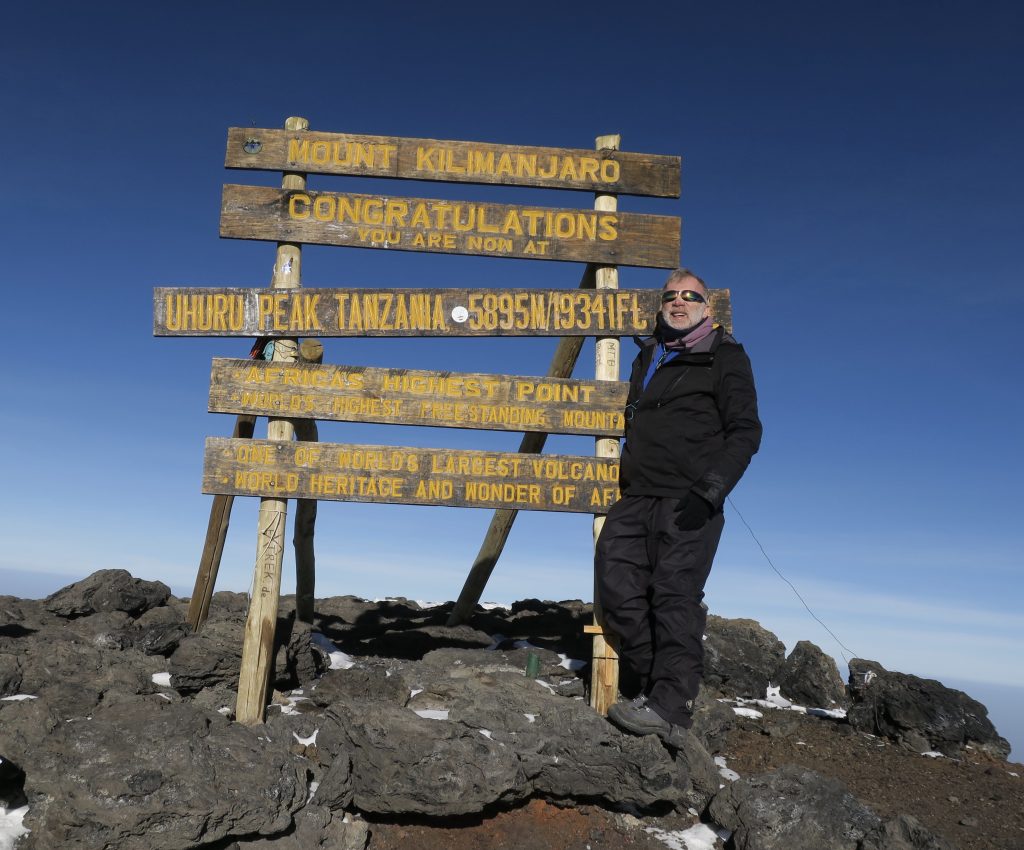 Mt. Klimanjaro is the tallest peak in Africa reaching to 5,895 meters above sea level. It is also the fourth most topographically prominent peak on Earth. The climb took seven days. It was not an easy climb.

On January 3, 2017, we left him at Dar es Salaam airport in Tanzania as he went to meet a long time friend who would join him on this journey. It was actually his friend’s idea, and Sarper is never one to walk away from a challenge or adventure.

Some of the stories that Saper and his friend shared about their journey sounded very challenging. A few passage areas were quite rocky and narrow. They enjoyed it, but probably the most challenging part is that Sarper sprained his ankle about half way up the mountain. It was painful. It was swollen and ugly, but he kept going. He figured he was halfway up the mountain, and the walk down would be just as far, so going down was not an option in his mind. Plus, he was climbing for something bigger than himself.

Sarper raised 10,000aed from friends and family for the climb. TVM Capital matched those donations, so Sarper was able to raise 20,000aed. That was $5,445 USD that went to Al Jalila Foundation for diabetes.

Who is the Al Jalila Foundation?

Al Jalila Foundation is a philanthropic organisation, dedicated to transforming lives through medical research, education and treatment. It was founded by His Highness Sheikh Mohammed Bin Rashid Al Maktoum, Vice-President and Prime Minister of the United Arab Emirates (UAE) and Ruler of Dubai in April 2013. It is the UAE’s first independent multi-disciplinary medical research centre that focuses on five of the most pressing regional health challenges: cancer, cardiovascular diseases, diabetes, obesity and mental health.  If you would like to learn more about Al Jalila Foundation, or make a donation, you can visit this link here.