Diabetes Movies: Recommended Films that Explore or Include Diabetes 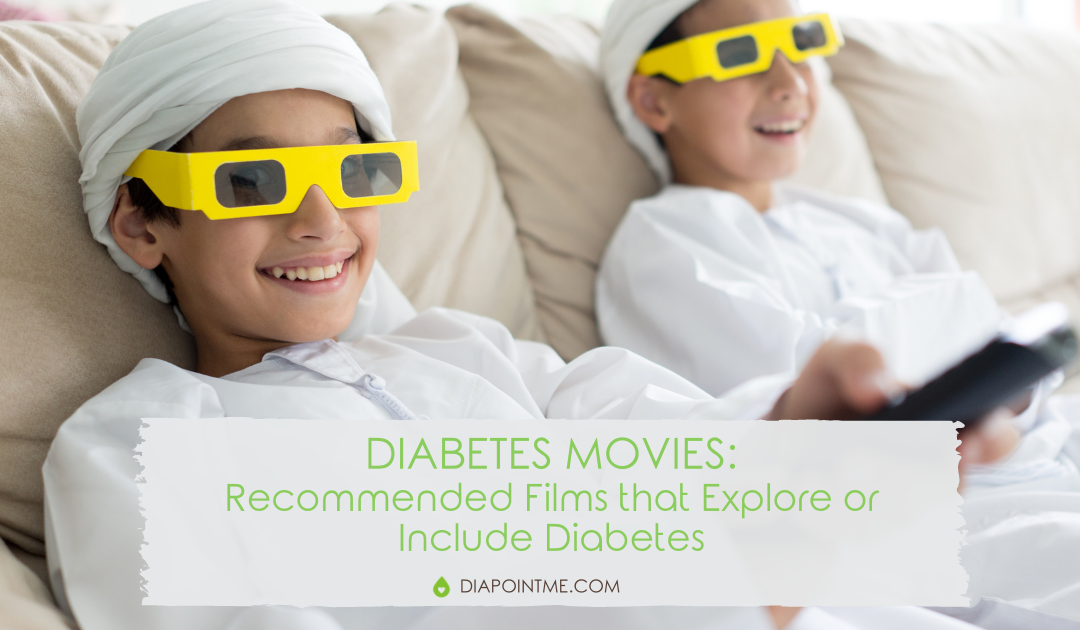 How Reliable Are Movies as Information Sources for Diabetes?

Diabetes movies can be inaccurate or out of date, whether they are documentaries or fiction. Films that touch on diabetes for entertainment can sometimes be cavalier in their approach to facts, and even dangerously misleading.

You can find some examples of when movies and TV got diabetes totally wrong here and here.

At Diapoint, we would hesitate to direct you to films about diabetes if you are trying to educate yourself. Instead, we would recommend that you visit your country’s diabetes authority, or you could start with a site like the International Diabetes Federation or your medical team.

(You can also check out our Type 1 Diabetes, Type 2 Diabetes and Gestational Diabetes pages for specific information.)

So instead of giving you a list of films about diabetes that may miss the mark, or a bunch of movies that exploit diabetes for entertainment, we’d like to recommend some movies that that include characters with diabetes, involve actors, directors, writers, or creative talent with diabetes, have been inspired by diabetes, or are inspirational for other reasons.

The list of films below have approached the subject of diabetes with grace and sensitivity. We have ensured that these films are family-friendly so that the younger members of your household don’t miss out!

To stream or rent any of these films, hop online and search for “Watch [film title] in [your country]” and this should bring up your options. Of course, if you subscribe to a streaming service like Netflix, the search function in your app is a great place to start – you might already have easy access!

Disney’s Frozen is a cultural phenomenon that is beloved by many to say the least. What a lot of people do not know that the main character, Elsa, was inspired by Type 1 Diabetes.

Disney’s Creative Director, John Lasseter, has a son with Type 1. He has shared his inspiration in many interviews.

Elsa’s struggle to accept an aspect of herself she cannot ignore and cannot change is the main take away from this classic.

In this cartoon, test pilot Hal Jordan finds himself recruited as the newest member of the intergalactic police force, The Green Lantern Corps.

There is not a Type 1 theme in The Green Lantern, but Victor Garber who does the voice over for the villain Sinestro has Type 1 Diabetes. He has had a very long, successful acting career and is a well known diabetes advocate. If you are a fan of Kung Fu Panda, he also does the voice of Master Rhino in Kung Fu Panda 2.

Eleven-year-old Riley moves to San Francisco, leaving behind her life in Minnesota. She and her five core emotions, Fear, Anger, Joy, Disgust and Sadness, struggle to cope with her new life.

There is an excellent article in Greater Good Magazine about the Inside Out movie and the messages that you can discuss with your children. The article talks about each of these in detail:

These are all emotions that we need in our everyday lives, and also in how we feel about diabetes.

Soul is not specifically about diabetes. It is about a lost soul rediscovering connection. There are messages about acceptance, gratitude and discovering one’s purpose. We love the potential for exploring these themes in the context of diabetes. While it is an animation, it is the story of a man who nearly dies and gets stuck in the “Great Before”, which is a part of the afterlife. It’s a beautiful film, but younger children could find this concept confusing.

We love Big Hero 6 for its message about helping others. Some of the most inspiring people with diabetes that we meet, use that as a gift to help others. It also makes us feel good as it shows what the power of friendship and people can do when they come together.

One thing to know about Big Hero 6 is that the main character’s brother dies at the beginning of the film. This could frighten younger viewers. But it is important to also know that the rest of the film is very uplifting.

Jumanji: Welcome to the Jungle

Jumanji is actually based on a children’s book and a remake from the earlier version that many of us know and love. Now, the story focuses on a group of teenagers trapped in a video game trying to compete with another player in the game who has been there since the first film was made.

Jumanji does not have any storyline about Type 1 Diabetes, but one of the world’s most famous Type 1s, Nick Jonas, has a part in the film. There are positive themes in the film related to teamwork, empathy, selflessness, and communication, making this an easy pick for families who enjoy action adventures.

If you are cautious about what you expose your younger children to, there are some swear words, some video game violence because the characters die in the video game and come back to life. There is also some mention of women distracting men with their bodies, which is not a great message for young girls. Women are so much more than just a body.

While Star Wars has nothing to do with diabetes, we want to give a special shout to George Lucas, the creator of Star Wars who has Type 2 Diabetes.

There is a story about him that he was drafted to serve in the Vietnam War. When the army learned in his medical check-up that he had Type 2 Diabetes, he was rejected from the military. Had George Lucas gone to war, his life may have taken a different path and he may not have even created Star Wars. We feel that diabetes had a lot to do with bringing us Star Wars!

What are your top recommendations for diabetes movies, films featuring people with diabetes, or just great films with themes that empower those living with diabetes? We would love to add your favorites to our list!

We’d also really love to hear from you if you watch any of our recommendations above. What did you think of the film? What ideas and conversations did it provoke in your household?

Let us know in the comments section below!

If you are interested in diabetes movies, learning about diabetes and meeting people in the diabetes community, our upcoming virtual event is perfect for you.

We are hosting a week-long online camp for people touched by diabetes. This is an especially fun event for children to take part in.

Get more information about our speakers, activities and registration for the Diapoint Online Spring Camp 2021 here.